It’s no secret that male mating tactics can often be distinguished as a very specific impudent and audacious behavior. We are unfortunately in a time where sending dick pics is becoming alarmingly normalized, or perhaps we’re becoming desensitized to them and/or hopeless in changing this situation. Recently, a survey was conducted regarding cyberflashing, and the results showed that 53% of women (from ages 18-35) receive unsolicited dick pics. Many of the men who take part in this investigation admit that they think sending pictures of their genitals, whether or not the recipient is expecting them/wants them/consents to them, is an appropriate way to make conversation or boost an existing conversation to become more flirtatious.

What is the difference between men who send unwanted pictures of their genitals and street harassers who flash innocent bystanders? At this point, not much, men who are sending unwanted dick pics are pretty much just waiting on a quiet virtual street for women who aren’t interested to pass by, so they can digitally flash them for their own twisted sexual gratification. It’s one thing to send nude pictures to someone who is expecting them or consented to them, but it’s a completely different story to send them to someone out of the blue. We might as well make it official, sending unsolicited dick pics should undoubtedly be published in dictionaries as the definition of a dick move second, and outright sexual harassment that should be punished by the law first.

In order to solve an issue, it’s important to understand what/who is the cause of it and why it is happening. So, what type of men think it is morally acceptable on any level to violate a women’s personal space with a gross unrequested picture of their dick? I’ve broken down a list of the kind of men who do this and the explanations they have given while participating in surveys.

Unsurprisingly, results from research showed that men who often send unsolicited dick pics are usually on the younger side and are less likely to be in serious relationships, more likely to have casual relationships. However, the reasons why these men feel the need to send images of their privates vary.

Firstly, we have the narcissist. Many men admit to sending dick pics to random women online just for the sole purpose of inflating their own self worth. These conceited men believe that sending their photos is almost like a generous offering that should be admired by viewers. The whole motive behind sending those pictures to women without any consent is simply to feed their egos with compliments because they assume women will enjoy staring down a strangers penis… Who’s gonna tell them?

Secondly, we have the most common explanation given by men on their motives when spontaneously sending dick pics; they want something in return. Whether it’s an exchange of photos or a chance to go on a date, 44% of men revealed that they send nudes in hopes that the recipient will reciprocate romantically or sexually. This transactional mindset has not worked out for the majority of the men, as most women are not willing to go out with men who degrade them by bombarding them with intruding and crude images.

Lastly, research shows a third and much more hostile motive behind men sending unrequested nudes, they want to exert power over women. As many feminists suspected, about 1 in 10 men affirmed that they send unsolicited dick pics to women as a way to control them, anger them after a disagreement or just for the pleasure of seeing their shocked reactions. Many women who have received these unwanted pictures confessed that they believe that this is a strategy used by men in order to maintain the patriarchy. Guys who had sent photos with misogynistic motives predictably scored higher in ‘hostile sexism’ tests, which evidences their main purpose is to dispatch negative attitudes towards women.

The responses given by these men to justify their actions were ignorant, insensitive and egocentric, and it proved that most men who abruptly send those pictures do not grasp how disrespected and degraded it makes women feel. Oftentimes, while being subjected to view these vulgar images, women do their best to disregard it rather than give the sender any kind of acknowledgement that they were hoping for. However, senders should be aware of the fact that women have other options then to just ignore, because sending unsolicited obscene images is not an inconsequential felony. In fact, many countries have created laws against these offenders, in Germany, distribution of sexual content without consent is a crime that is punishable by fines or even jail time for one year.

Nevertheless, if you are from a country where you can not prosecute the senders yet or you don’t want to make these images public, you can always just retaliate with comebacks that will quiet the harasser. So to any women out there who have found it hard to think of an adequate reply in such a disturbing situation, I’ve thought of some creative ways to say “fuck you” and get the message across!

We all may have different reactions to coping with this fuckery (I would just go for quickly blinking like my life depended on it while rapidly pressing the report and block options), but one of my friends once revealed her genius way of immediately getting repulsive men to leave her alone; the mom card. Yes you read that correctly, my absolute mastermind of a friend has frequently searched the internet for the mothers of the men who have harassed her with unwanted sexual images, and messaged them to make them aware of their son’s obscene behavior.

This often resulted in either the mother apologizing for her son’s actions and the son immediately blocking her or in a few instances the mothers demanded that their sons sent out an apology to her. Either way, this is a perfect way to embarrass the sender just like he embarrassed and degraded you, but if you don’t want to go that far you can always just ask;  “what would your mother think of this?🤔” and I’m sure it will be as equally effective in getting him to leave you alone.

This method works best with the narcissist type (that was mentioned earlier) who is looking for compliments, because nothing will piss him off more than you throwing a curveball and upstaging him with a better dick pic. Men who randomly send these images with the delusion that their penis is a god sent gift to women will completely have their egos shattered when they see you send a picture of another penis with a better aesthetic. So whenever some conceited jerk decides to invade your peace with images of his penis, just go to tumblr and look for a better one (cool lighting and backgrounds can contribute to a better aesthetic) 🤪.

This is probably my favorite response because not only is it easy to do, but also because the sender will probably feel mocked and self-conscious, ultimately never daring to send you any more pictures ever again. So which meme will do? There are so many to choose from, my top picks have to be: the squinting lady, the kombucha reaction, the blinking white guy, the Gavin meme, or even side eye chloe; they’re all valid responses tbh. 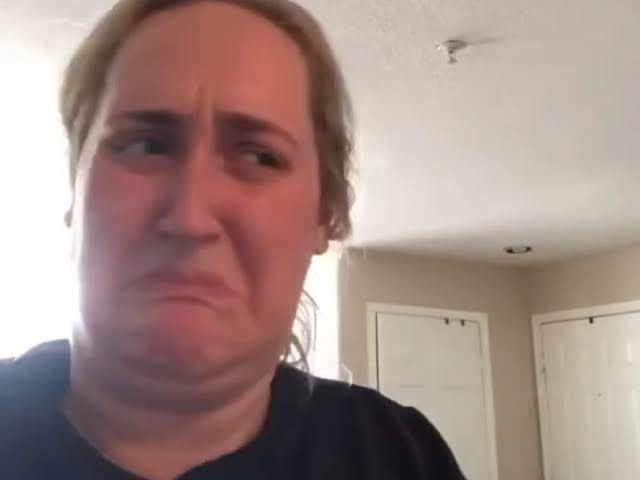 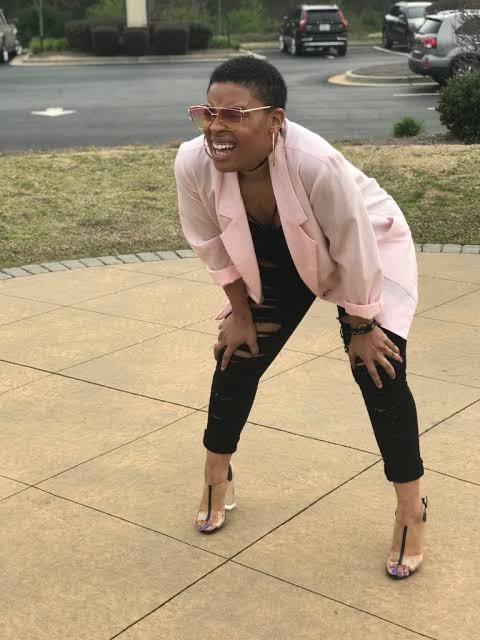 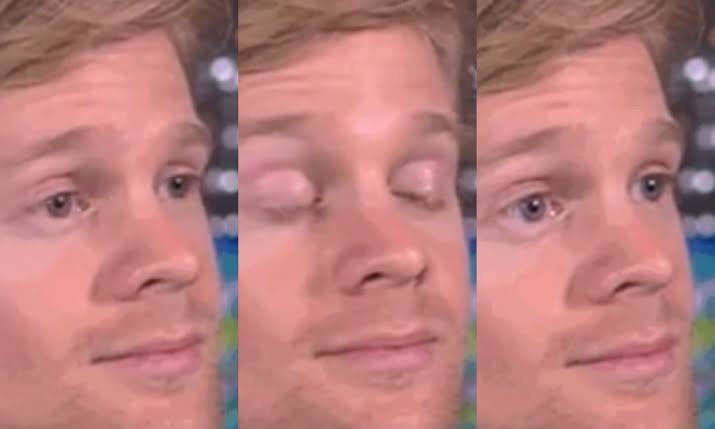 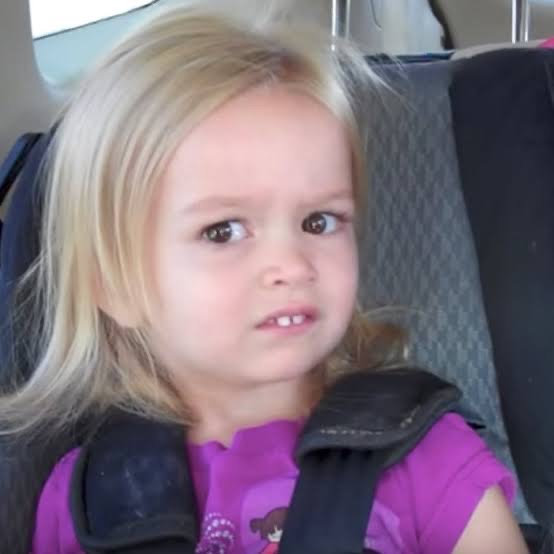 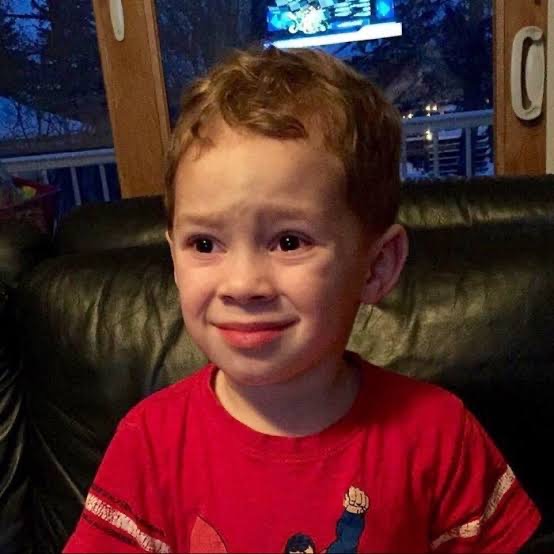 Let’s be real, we all know the feeling of anxiously waiting for someone’s response and how uneasy being left on read makes us feel, so if you really want to get on someone’s nerves, just ignore them. Again, this response will work best with the self-centered type of senders, since they’ll be on the edge waiting for a positive reaction to their picture. In addition, it can also have a great effect on the misogynistic senders too, since they believe unsolicited dick pics are a way of asserting dominance and making the receipts feel intimidated and uncomfortable. Giving them no reply or reaction whatsoever, is a simple way to take back control and prove you are unbothered by their repelling behavior.

Lastly, if all else fails, give him a piece of your mind and cuss him out. If he is allowed to make you feel disrespected, then you are allowed to reciprocate his approach and anger him just like he did to you. It’s likely that he’ll realize you are not one to mess with and will not message you again, but just in case he does, threatening to expose him as a harasser and his nude pictures to the public often does the trick!

To conclude this article, I’d like to leave a message to any men (sending unsolicited dick pics) reading this:

Not only is waiting till you earn someone’s consent going to result in you receiving the reaction you want, it’s actually the right thing to do regarding any sort of sexual behavior. No one should ever intrude on someone’s private space for their own personal satisfaction or sexual needs. No woman has to put up with this obscene behavior, there are multiple options to expose harassers, so I hope those who regularly send unsolicited sexual images, think twice before they ever do it again.