Peeling away protective layers of the skin, infections, wasted time, cuts, irritated skin, wasted money and a LOT more are things anyone who shaves has to deal with. And why? Because of beauty standards? Because it’s gross not to? Because my partner doesn’t like it? Because people look at me in disgust when I don’t shave? Or, the only valid answer here, I want to.

If you’re doing it because of one of the first reasons, let me show you something; Meet Princess Fatemeh Khanum of Persia (now Iran). 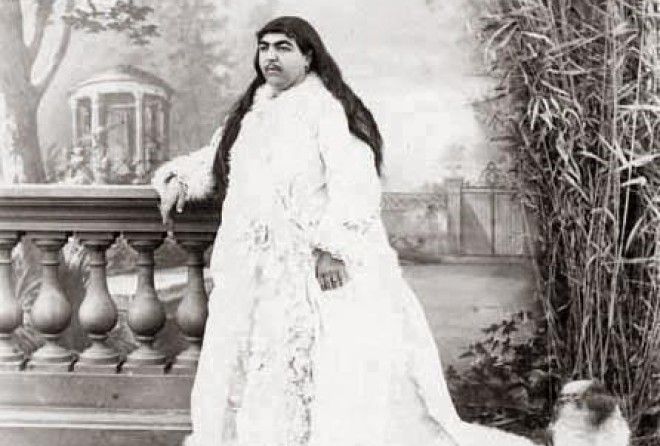 This is a face a lot of people may recognise, at some point, this woman was the laughing stock of the internet. And that’s only because she doesn’t fit today’s beauty standards of “hairless and skinny”, but in her time, she was one of the most sought after people in the kingdom. She was smart, she broke oppressive traditions, was a feminist, an activist and was the symbol of beauty. Oh, and 13 men committed suicide cause she rejected them (not that her validation came from men).

Anyway, the reason I mention her is because I need you all to understand that what’s considered “beautiful” wasn’t the same in the past and will not be the same in 50 years’ time. If you’re inconveniencing yourself because your man doesn’t like you like that, ditch him. If people are grossed out by you not shaving, screw them!

Repeat after me: I. WILL. NOT. INCONVENIENCE. MYSELF. FOR. ANYONE.

Especially since it doesn’t have any scientific reasoning backing it up.

Not shaving isn’t gross. There aren’t any hygienic issues that come from not shaving. As long as you maintain healthy cleaning habits, you’re good. No one ever mentions that it’s unhygienic when men don’t shave and we won’t allow them to say otherwise to us.

On the contrary, shaving causes infections and since there’s no hair to protect the area you shaved, growth of bacteria is on the skin directly. Also, more chafing of the skin since there’s nothing protecting it. Also, unregulated body temperatures, and less pheromones released, those are chemicals your body releases to make others attracted to you, ironic huh?

I honestly don’t know where the whole “shaving is prettier” thing came from. I’m so tired of having the patriarchy change every single thing about women just cause they deem it ugly or gross, when most of the time, they do the same things.

So, in conclusion, if you’re tired of shaving, then just don’t do it anymore. Of course, this by no means says you have to stop shaving, imagine telling people what to do with their bodies, oh wait…

Have a great day.