It’s finals season, and everything is happening all at once. Final exams and projects are piling up and you and your classmates are pulling out both late hours at the library and the hairs on your head. If you have time to settle down for two hours, consider watching some of these movies to de-stress.

A childhood classic, these movies are the perfect ones to transport you to a fantasy world. These kids battle mythical creatures, school drama and the Dark Lord himself, all while managing to do alright in school. Magic school, at that. Don’t you wish you were learning how to transfigure animals and brew potions instead of memorizing formulas and spending all your waking hours in the library? Also, your life cannot be as difficult as Harry’s. Take comfort in that and get swept away in the adventures of the Golden Trio, in the midst of the most stressful time of the year.

This is basically a fantasy for every college student. It’s funny, it’s sassy and it’s over-the-top. Ferris does everything in his power to skip a day of school. Everyone’s had a moment when just the thought of going to class in the morning was too much. We can’t quite do the same during our finals, but the thought is tempting. Take a break and live vicariously through Ferris instead.

We’re all in this together, guys. Honestly, what can I even say here? If you ever watched this movie growing up, it’s a great one to revisit during the hard times of finals season. Sing along to the catchy tunes, and watch Troy and Gabriella defy social expectations and find each other through light-hearted song and dance scenes. It’s a classic for a reason, and Troy and Gabriella’s struggle to balance their social and academic obligations resonates strongly with our busy college lives. Trying to juggle basketball practice/math team and musical practice? Finals approaching, motivation lacking and money disappearing? C’mon guys. Get your head in the game. 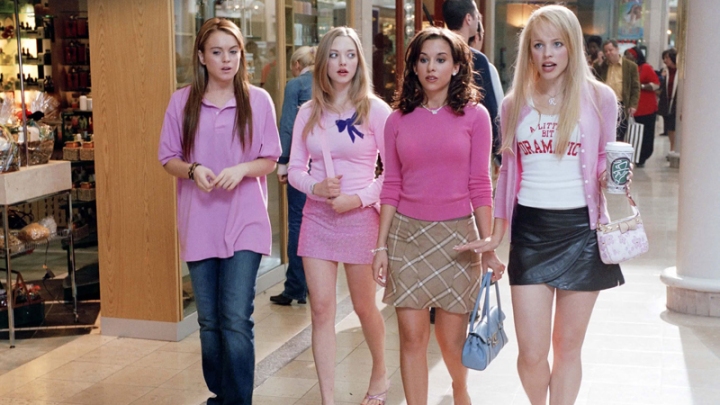 Even though this movie came out in 2004, this teen comedy still manages to be fresh, funny, and relevant in its observations of high school life and its social dynamics. Navigate the drama of high school with Cady and the Plastics through Tina Fey’s witty writing, Amy Poehler’s wacky portrayal of a suburban mom and watch Lindsay Lohan before it all went downhill. It’s a great movie to watch during finals and quote along to the many lines that have made their way into pop culture. You go, Glen Coco.

Scott Pilgrim vs. the World 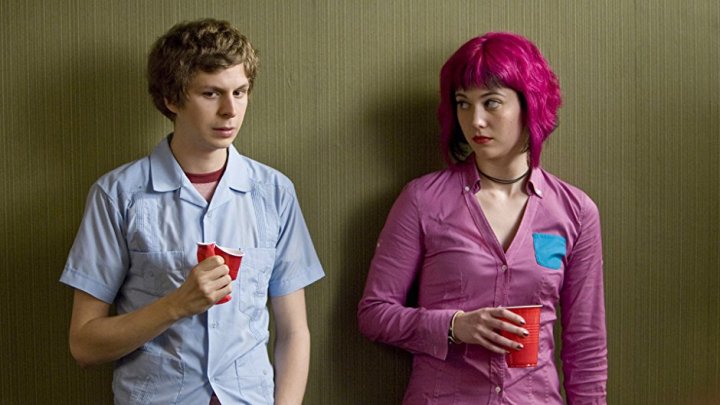 In this movie, awkward loner Scott plays guitar for his garage-rock band and tries to get a the girl of his dreams. The only problem is that he has to fight all eight of her exes to do so. It’s fast, funny and inventive and Michael Cera shows off his signature awkward flair. In addition, the video game format and graphics give an adventure like feel that marks each victory as an achievement. If only life was like a video game, with each achievement spawning a victory screen. If only all we needed to succeed was a healthy dose of self-respect.

Reese Witherspoon goes to Harvard Law School to snub her ex-boyfriend and along the way finds love, passion and success. This is a great movie to watch during finals — if Elle Woods can over come societal stereotypes to find success, then so can you. Although some of the plot points are a little predictable and formulaic, the movie still manages to retain the clever charm and light and funny mood that made it a hit in the first place.

Buckle up and get ready for sleek suits, wild explosions and physics-defying action scenes mixed with a healthy dose of emotion. Also, get ready to puzzle out a complex and layered plot that people still argue about to this day. A classic heist movie with a sci-fi twist, “Inception” introduces a wild world of possibility where people have the technology to enter dreams and steal ideas from within minds. Quite possibly you’ll have no idea what’s going on, but that’ll only be practice for your upcoming finals (Is it all a dream? Does Cobb meet his kids? Is he okay? Probably not). But most importantly, as you watch the top spin at the end, perhaps you’ll come to the realization that it doesn’t matter in the end. As long as you find happiness, does it really matter?

The long-awaited sequel to the original 1980s series, this movie is a gorgeous and crazy spectacle guaranteed to distract you from the stress of finals. It’s “Fast and Furious,” but set in a beautiful apocalyptic landscape and with an actual message of substance. Its crazy actions scenes along with its message of female empowerment and realistic depiction of trauma in a rich fantasy world are the perfect mix for the hectic pace of finals week. These people fight for their survival and personal autonomy. Charlize Theron kicks butt. It’s awesome.

Alright, I know what you’re thinking. But I’m here to try to tell you that, while the first Magic Mike was a movie with not much plot or substance, it’s second coming has a little bit more. Obviously it’s not winning any critical awards, but the “Magic Mike XXL” celebrates sexuality in every form and even bucks against the societal notions of manhood. Yeah, they’re strippers. But they each defeat their own demons in a light buddy road trip movie that manages to both be entertaining and a light-hearted departure from what adult entertainment movies are usually like.